The solar eclipse has come and gone, but the energy is still moving through. I was lucky to experience it in the path of totality, and it’s difficult to describe how deeply it touched me. During the dark time I felt so many things, and was surprised by the degree of joy that bubbled up. Lots of people have written about this so I won’t overstate it. Let's just say it was amazing, and it seemed to last forever and also just for one minute…

…and then it passed. And, more pressingly, so did my three-year-old’s patience. Even when something magical happens, there is only so much standing around and looking up at the sky that a small child can handle. The minute he was assured that the sun would, indeed, return he was ready to move on to other things.

I am so glad I opened the Akashic Records for a last minute channeling a few days ago. Because of that message, I was able to take him inside to play with peace in my heart. Without that message I would have resisted. I would have tried to convince him to stay out so I could keep looking, or would have felt torn and distracted while inside with him.

As much as I wanted to keep watching the sun grow bigger, I took his little hand and we headed inside to a loft with windows that didn’t face the sun. We curled up on a bean bag and played a maze game on the iPad, just as he wanted. Without that message, I would have berated us both for doing something so seemingly unspiritual. Instead, I found the sweetest sense of silence within myself as I snuggled my boy and let my mind rest watching his little finger follow the lines on the screen. And it was perfect. 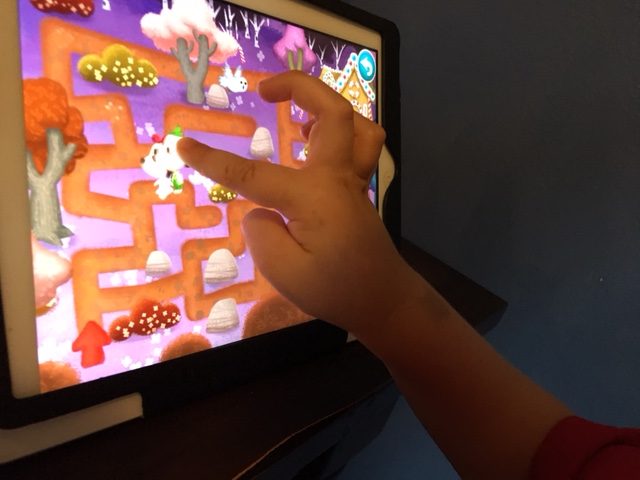 And that’s the way it is with spiritual practice, isn’t it? We try our best and occasionally things go our way. But more often we practice grace in the places that don’t go the way we hoped they would. And that’s usually where we find the sweetest spots when we can let go of our expectations and honor the sacred in what actually happens.

How did you experience the eclipse? Did your event go as planned, or did things take an unexpected turn? I hope the messages from the Records helped you as much as they helped me!